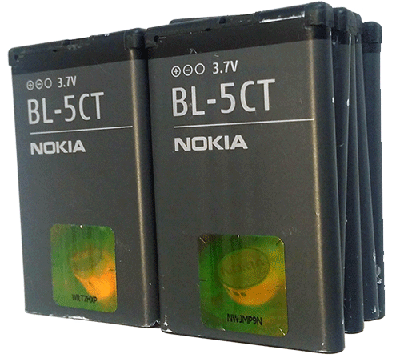 Electric age is driven by batteries

Most things around us are now powered by batteries. Many devices are powered by similar types of batteries considering voltage and capacity but only packed in different casings. When a device stops working, or there is no need for it anymore you can salvage some parts. In this example, we will use some old Nokia batteries to create homemade power banks. Not a big deal, finished housings  can be purchased for standard laptop cells  in order to create a power bank. You would even get charging electronics and connectors built-in. Well, we will create something different this time. Our approach will be more geek and less conventional duo to the nature of this article.

Short to say it`s because the batteries are still too inefficient to provide enough juice for today`s devices. Manufacturers sacrificed battery autonomy in order to keep devices as small as possible, retain mobility and keep the performance. The best comparison is between today’s cell phones and the ones from ten or fifteen years ago. Today in most cases you must charge your phone on a daily basis, and back then you would do it once a week. So if you want more autonomy you need a power source, and if located somewhere without access to the power grid, power bank jumps in.
Basically it is a pack of batteries in which you store some energy for later use.

Should you buy or DIY?

PB`s are quite useful to have due to its function and portability. It is possible to buy one in almost every consumer electronics shop or order it online. If you have some tools, basic knowledge about electronics and want to have some fun, you can even make it yourself.
Here is BOM for the job:

This is the block diagram of mostly used design for power banks. Manufacturers mainly use laptop cells, 18650 connected in parallel. The capacity of one cell, times number of cells is what they advertise as PB capacity. For example, if inside of a PB are four 2500 mAh cells, it is advertised as  10000 mAh PB.
If you have a PB of 10000 mAh capacity, and your smartphone has a 2500 battery inside, it does not mean that you can charge it from 0 to 100 % of capacity 4 times as logic would suggest. It is closer to say that you will charge it two to three times at most.

Cells in the diagram are connected in parallel. These cells are typically Li-Ion batteries with 3.7 declared Voltage. Most devices have the same 3.7 V batteries. The charger must have a higher potential than the battery. It means that for charging 3.7 V battery you need at least  4 V or 5V sources. This is where the 5V step-up comes in.  If we charge our phone with 5V 1A it means that we are using P=U*I 5W of power. If we take 5 W from a source of 3.7 V it will be 5 W / 3.7 V = 1.35 A. To keep it simple it means that from 10000 mAh PB you get around 7000 mAh of charging. To get back to the example of the phone battery of 2500 mAh it means that you will be able to charge it from 0 to 100 % at most 2.8 times, not considering any losses.

Here is what we did:

We took twelve BL-5CT batteries and connected them by the schematic above. So it was four in parallel and then three times that in series.

The voltage of fully charged PB

What to do with it now?

You can power up many things with this power bank,  portable radio, car phone charger, camping light, and many other gadgets and therefore enjoy using them off the grid.

Anyone interested can purchase a similar LED  on eBay for under 5 $. Here is the link for the starting point so feel free to explore if you are interested. Just replace wires and alligator clips when you get it since original ones are to short and to thin.

These batteries have a built-in charging control and when full they will stop taking current. What I usually do is feed them with 12 V power source in series with a 12V 5W light bulb from a car interior light. The light bulb is there for overcurrent protection and you can buy it almost anywhere. You can use any DC charger, or adapter, for example from old external hard hard drive, in general, anything that outputs 12 – 18 Volts and 1 A or more.

Word of an author:

I just had some of these old Nokia batteries and therefore did something better than throw them to waste. Since indeed I was in need of a power bank this was a logical choice. It is interesting that these batteries were old and much used, but still found in great shape. I measured that they still have more than 80 % of their stated capacity and that is awesome. I will later install a cigarette lighter socket, like in every car so I can plug in things directly and avoid wires and alligator clips.

Well, it is time to end this story, I hope you find it useful and interesting, and if you have any comments, thoughts, or simply want me to test something, please leave a comment and we will get in touch.
Once again, thank you for reading.