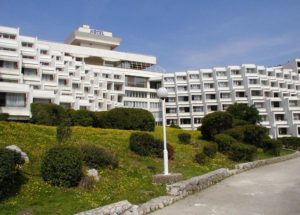 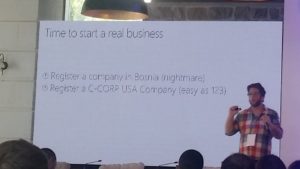 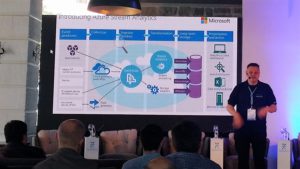 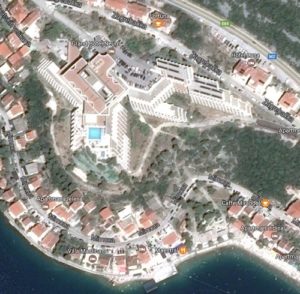 Besides Microsoft, regarding big ones, there were Veeam and HPE present at the conference. It`s interesting that HPE, aka HP, returned to Bosnia again. I`m saying this in support of a fact that two years ago they closed their office in Bosnia and transferred their clients to local partners. It was, and still is a real hell, prices of support went up skyrocketing, quality and reliability went down, and customers are paying it`s due. Great for HPE, good for its partners, and God help the customer. There were also some local great companies like Logosoft, Mistral, Avacom, Lanaco, Authority Partners and others. They all presented a great potential of local ICT community massacred by local state corruption, obsolete laws and W.I.T.F.M. principle of the ruling class.

I spoke with some local people, from developers to CEO`s and the same conclusion arises everywhere. Everyone tries to do business outside the Bosnia and Herzegovina as much as possible. The reasons are those that I already mentioned in the above paragraph. All good is running away and all the dirt came up. I`m sad to hear that, but it looks like that freak of the country is going to end up like Germans on the Eastern front. Due to all the facts, I must thank the local Microsoft office and all the sponsors of MSNetwork for a great conference. It was well organized considering its location, and without it, there would not be any ICT gathering worth mentioning in B&H.

P.S. If you are still wondering what the hell is the W.I.T.F.M. principle, it stands for: “What`s In There For Me”.