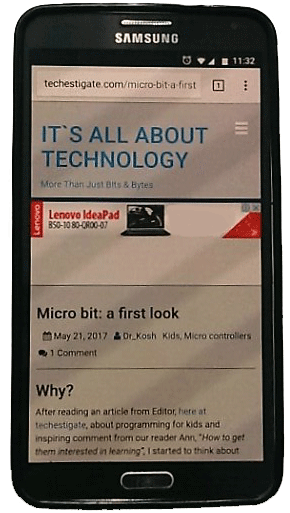 Smartphone update, what is this all about?

You don`t want to waste your money on a new smartphone ? And you like to have all those great new features? In this example I will show you way to convert Samsung GT-N 9005 aka Note 3 into the SM-N930F aka Note 7 (also called fire starter 🙂 ). Manufacturers like us when we behave like a good consumers. Whenever they launch a new model, we should hurry up and buy it , right? Well, I don`t know about you, but I think it is a waste of money, and resources. I said resources on purpose, since they need materials and energy to make a phone, and they produce waste and pollute the environment while doing it.. So try to have some ECO awareness and generally buy better quality things that you will be able to use for a longer time, rather than the crap that you will have to exchange frequently.

So, I have a Samsung smartphone GT-N 9005 aka Note 3 for few years now, but Samsung stopped upgrading OS of this model in 2015. It means I was stuck with android 5.0 and that would not be so big deal if some strange things did not start to mess with my everyday use. It is interesting that few months ago I had software update package from Samsung that was little less than 60 MB and show starts from there. My smartphone started working slower. I also noticed problem with turning on the Wi-Fi. When turned on, icon does not become fully green, and phone will not connect to any network for a long time. Only way for Wi-Fi to start working is to turn on mobile data, and than WI-Fi gets connected. Weird huh?

I`m not a good consumer

I`m talking about Samsung flagship smartphone model with Snapdragon 800 quad core cpu, Adreno 330 gpu and 3 GB ram. This hardware is stronger than in most middle class smartphones that are on the market today. Logic says that it should be able to have a descent performances for everyday use. It worked like a charm, until this last update. So, i figured out that something is fishy with this whole situation. Phone with this kind of  hardware has to work like a charm. And it was until this last so called security update.I decided to do something about it and looked up to the Internet  for a help.

I found the article about installing ported ROM from Note 7 to Note 3 at this link. The guys there were talking about almost same functionalities and performances like on real Note 7. I decided to give it a try. I also found the great video @ youtube, that shows the full procedure. The only two things that I did different is that I used CWM instead of TWRP, and for rooting, CF – Auto root.
I decided to try out DarkLord ROM for Galaxy Note 3. It is basically a ported Note 7 rom, so when installed, you get everything that Note 7 has on your note 3. That includes 4 K Video capability for the rear camera.

Tools for the job

First of all backup everything that you do not want to lose. This is also a great rule for everyday situations.

Everything except number 1 are small files, few MB size. Number 1 is 1.4 GB so you know what are you dealing with.

How to do it

I will try to make it as easy as possible.

That`s it, you can start your initial configuration, and use your new Note 7.

If you don`t like what you see, or have any problems with this rom , it is easy to change it now. Just start at the step 4, install different rom.
I had a few weird things with Note 7 rom. NFC did not work, but that is well known. The other thing is that if torch aka flashlight was turned on from integrated launcher, it was impossible to turn it of. Only way I managed to do it, was to reboot the phone. I noticed that sometimes, phone just disconnected from carrier network, so it was showstopper. I went to try out another rom. This time i used Official LineageOS. You have download link and guide here. It is the latest Android 7.1 with Google Pixel launcher. I`m still on this rom , and it works like a charm. Even i`ts camera is great and it supports 4 K video.

If your smartphone is sim locked, unlock it before you install any rom other than official. You may not be able to sim unlock it later. I mean you will need to get back to official firmware, do the sim unlock and than back again to custom rom of your choosing. It happened to me, so this advice may save you few hours. In general all of this can be applied to many other devices, just take a great care to match your exact device type with it`s custom rom. And to repeat myself once more, backup everything that you do not want to loose.

I had a many hours lost but I got a great device at the end. Phone is now on latest Android version, and it works almost without any glitches. Only one I noticed was with sd card access. When I try to access it by  the File Manager app , i get “This operation requires elevated permissions. Try changing to Root Access mode”. It has root permissions, and I did not get nerves to dig deeper into problem, but just installed ES File Explorer from playstore, and it works great, no problem accessing sd card. Other than that,  device is fast , menus are great, and new Android looks and feels wonderful.

“Technology has to be invented or adopted.”